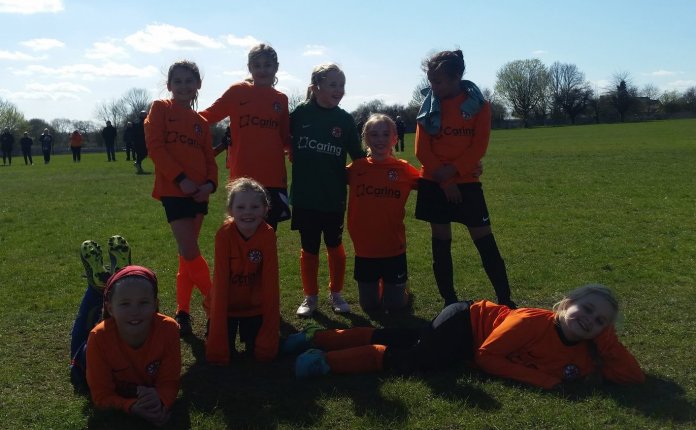 The U9s travelled away to old rivals Coalville on Sunday to face a new team in their familiar black and white stripes. Confidence was high going into the game but with a number of familiar faces missing it was great to see the girls play in positions they are unaccustomed to without (much) complaint. This also gave some newer squad members the opportunity for valuable game time in preparation for next season and they filled their teammates’ boots admirably.

Captain Sofia started the game at the opposite end of the pitch today, in goal and did a valiant job of keeping the opposition at bay – always alert and quick to gather the ball; reacting well to save a long-range effort from Coalville which could easily have gone in on another day. The first half was closely contested but Rugby had the better of the early encounters and threatened to take the lead with some positive runs from Aurora and Poppy in midfield – both girls easing past the opposition with great confidence, skill and energy.

It was clear that the pace in the Rugby attack troubled the opposition but a string of corners and free-kicks didn’t bounce the right way for our girls and the score remained deadlocked. Beth showed great movement up front and got into some fantastic positions once again but the final ball proved elusive. Lola came on to inject some much-needed pace and keep the pressure on the defence, full of energy and enthusiasm in only her second appearance for the team.

With most of the game being played in the Coalvilles half Connie did well to stay focused and alert in the Rugby defence, always ready when she was called upon to make some brave tackles. Katie joined her at the back for the first time, playing in her least favourite position for the good of the team and showed her usual strength, resilience and determination to stop Coalville getting forward. Indie ably deputised to rotate the defence, kept her concentration well and put in a great effort for the team. 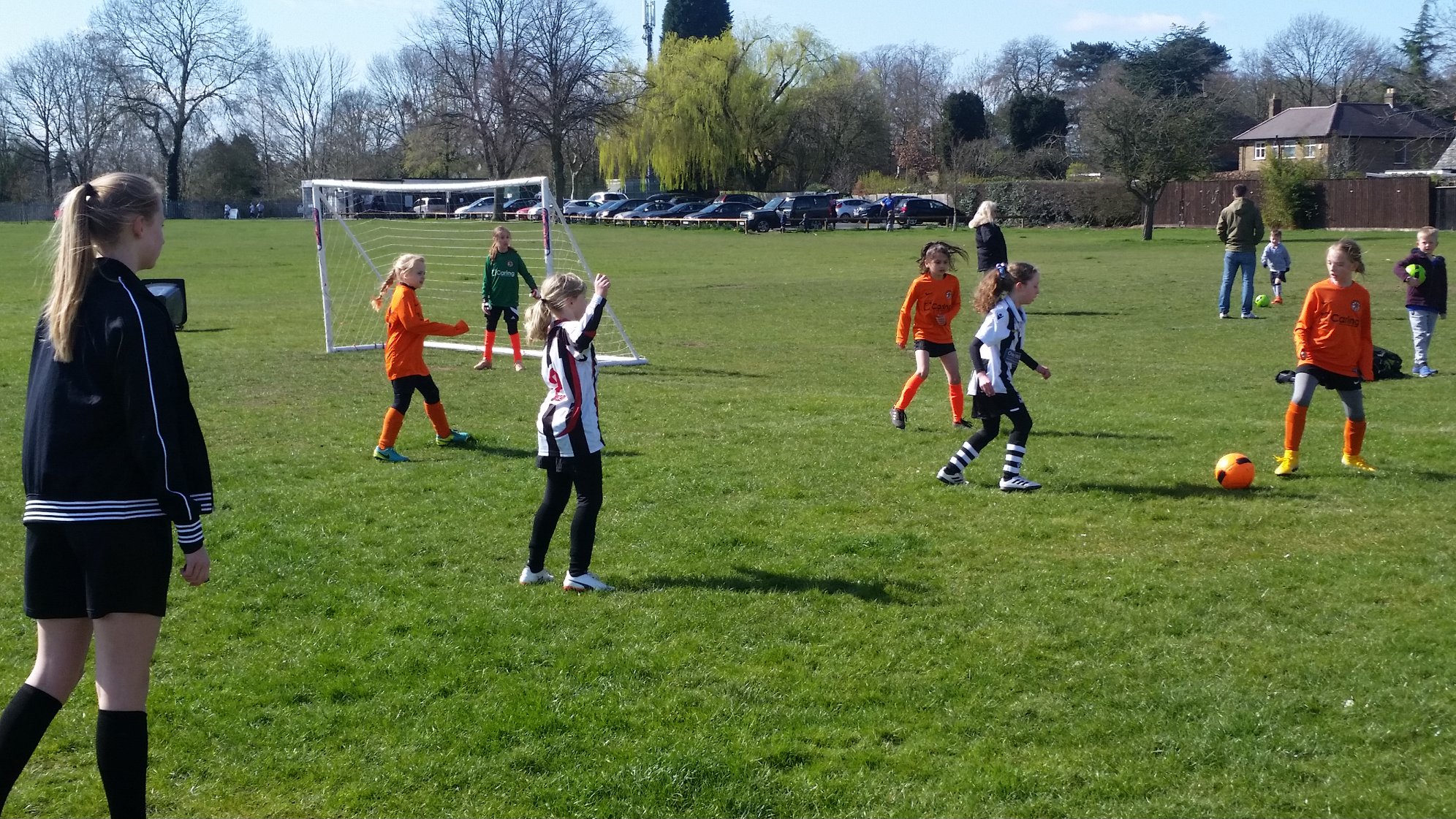 Half time came and went with the game tied but Rugby clearly on the front foot; time for a tactical masterclass 😉 Sofia returned to the attack and Indie bravely volunteered to go between the sticks – within a few minutes of the restart a great team move was finished off by Rugby’s star striker to give the girls a well-deserved lead. The pressure was piling on now and play was all one way as Rugby’s fitness began to show – a string of corners and shots on target culminated in Beth finishing from a tight angle to double their advantage.

Sofia relentlessly piled on the pressure, chasing every loose ball and was rewarded with a second shortly afterwards. Poppy and Aurora didn’t stop running and bossed the midfield today, running rings around everyone at pace and with determination – it was fantastic to see both girls rewarded for their commitment with well taken goals. It was equally pleasing to see the rotating defence keep a clean sheet, with Lola making a late dash after a long ball over the top to keep it that way!

All in all a fantastic performance, a great confidence boost for the girls and a well-deserved result – they played with confidence, pace, commitment and we were all so proud to see their hard work pay off. The parents couldn’t pick a player of the match as every one of the Rugby squad played brilliantly and they all deserved a trophy this week! Coaches Player of the Match went to Poppy as she showed great resilience and didn’t give up, plugging away until her energy levels were rewarded with a well taken goal. Well done to all of the girls!