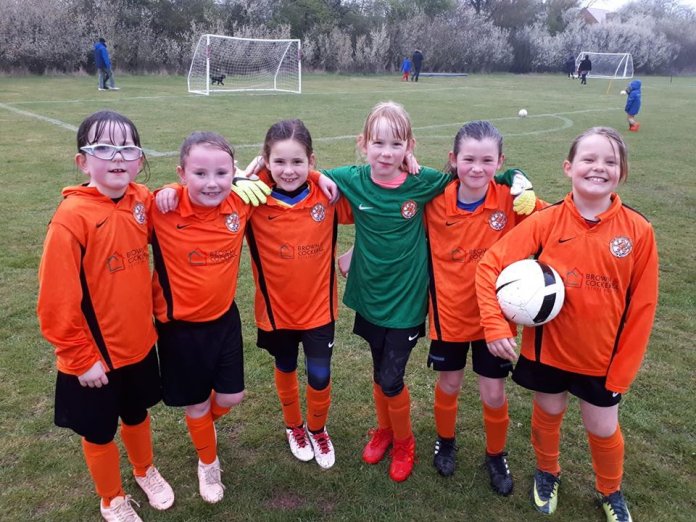 Our U8 Wildcats were invited to Southam United FC this evening to play a friendly game against their newly formed Wildcats team.

Despite some pretty awful weather, the players did well against a pretty sprightly Southam side.

Well done to Anna, Freya, Holly, Maddie, Megan and Chloe who managed a smile for the camera, despite being a bit damp!

Player of the game: Holly, for some excellent defensive work.

Southam United expressed their thanks for making the short journey and enjoyed watching the match, especially seeing all the smiles on the girls faces.

We will welcome Southam United Wildcats to Kilsby Lane sometime in the near future for a return fixture.