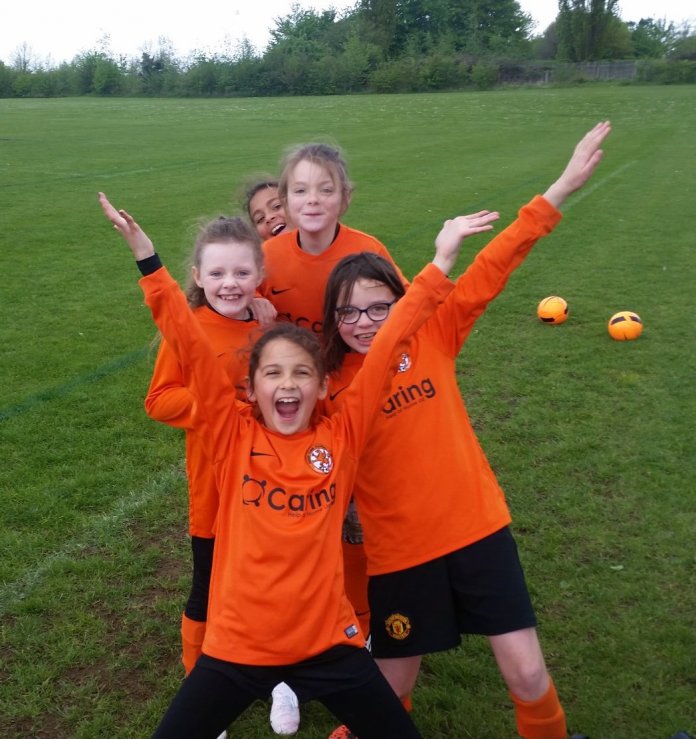 The Under 9s had their final league game at home today against a relatively newly formed Coalville side and all the girls hoped to finish the year on a high with a positive result. The opposition could only field five players so our squad of ten had to squeeze into a new formation for the first (and last) time this season. Captain Isobel led the Rugby team out in what proved to be an exciting fixture with lots of free-flowing football on display. 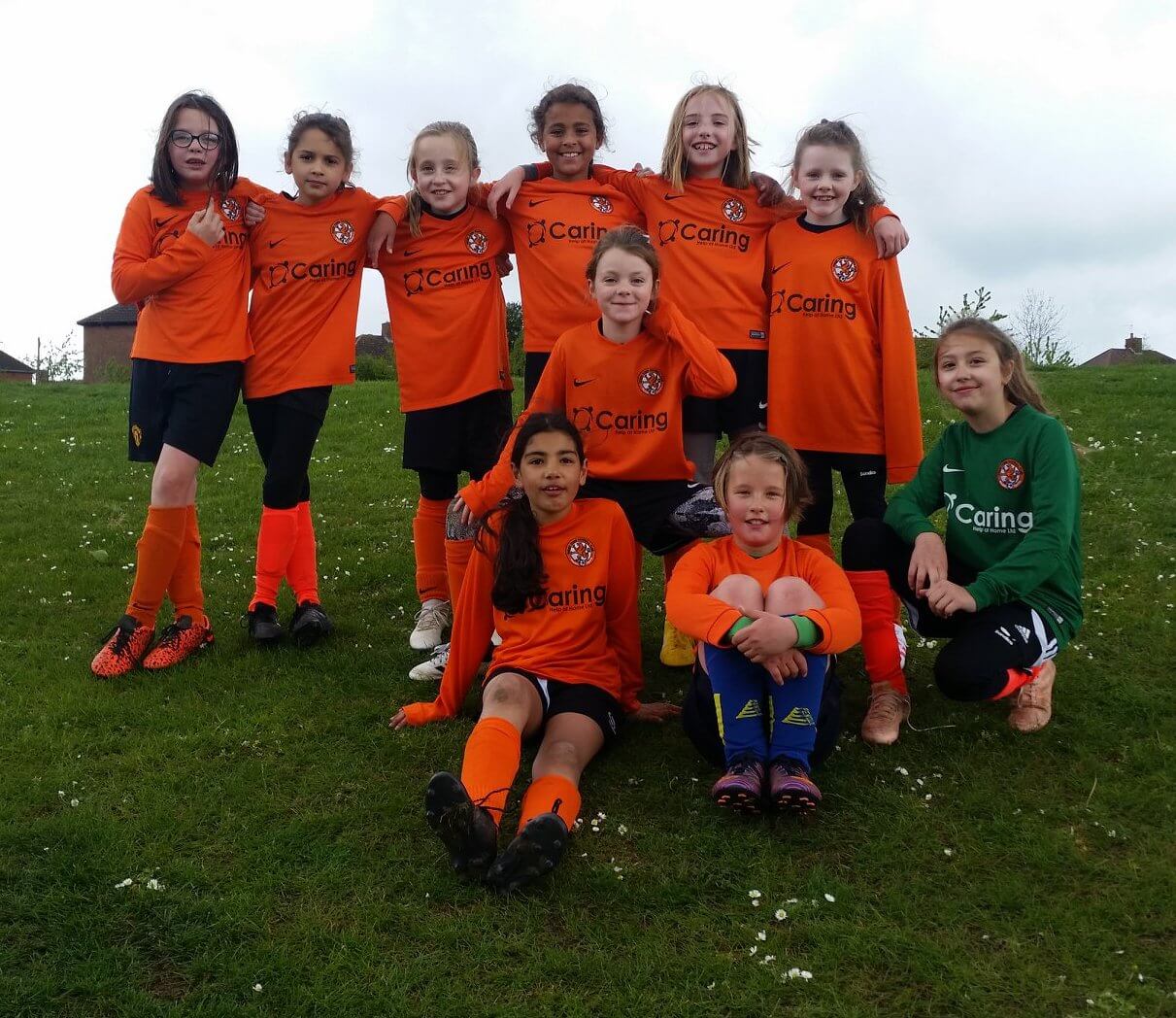 Connie joined Isobel in defence in front of Ria who valiantly donned the gloves once again in the absence of a regular goalkeeper. Aurora and Sofia started the game in attack with both girls hoping to link up well and move into space as they have been practicing in training. That left as many girls on the sideline as there were on the pitch so regular changes were inevitable.

Rugby started the game on the front foot and had the best of the early encounters, passing the ball well and putting pressure on the Coalville defence from the first whistle. Within the first ten minutes Rugby were clinical in their finishing and found themselves three goals in front with Aurora rounding off two great team moves and Sofia finishing superbly. 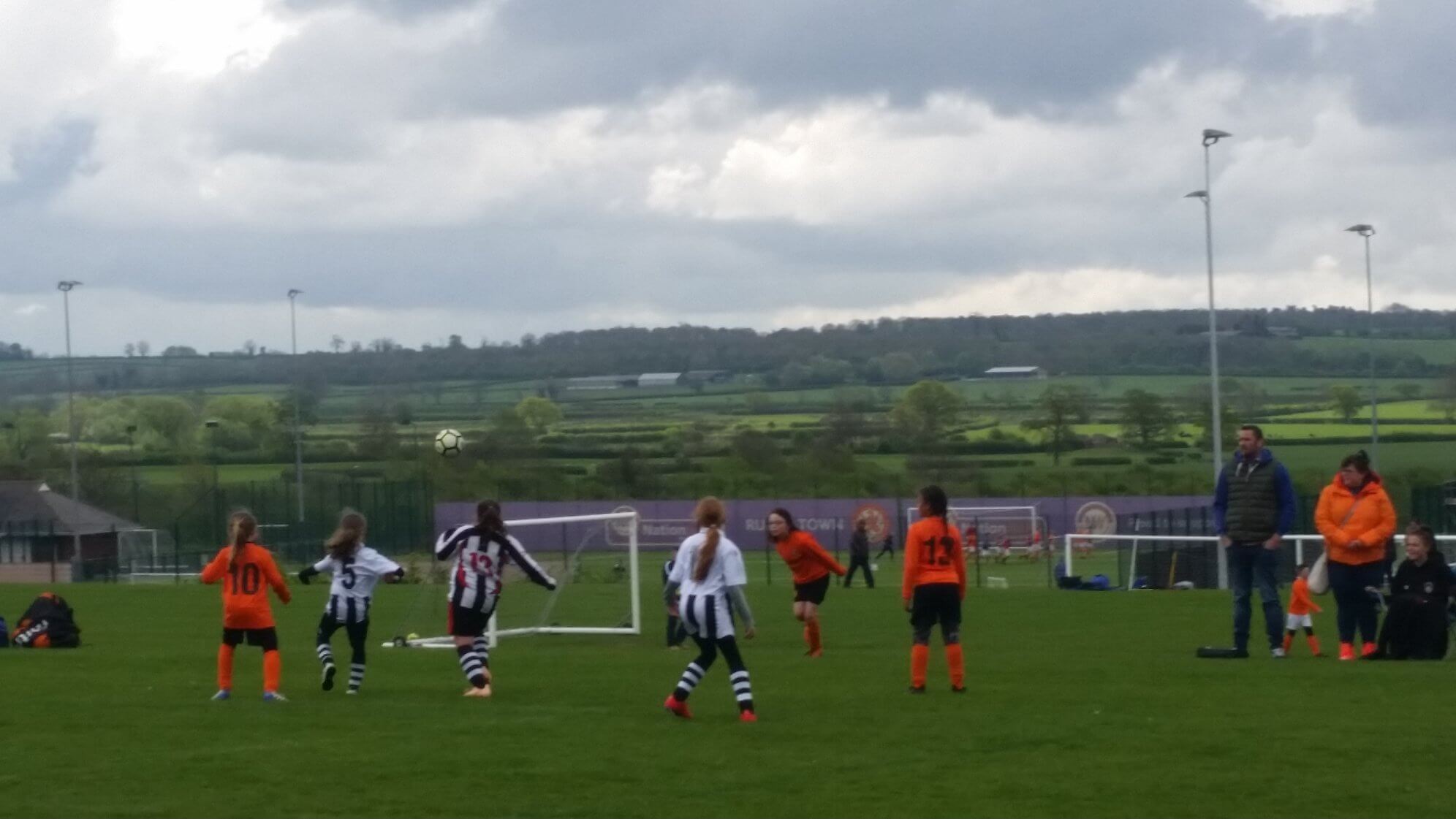 Connie was comfortably in control in the Rugby defence, mopping up every loose ball and keeping the ship steady whenever Coalville came forward. This gave Isobel a rare opportunity to get further up the pitch and she demonstrated confidence on the ball with some surging runs down the right-hand side. Ria was rarely called upon in the Rugby goal but she did well to keep her concentration and remain alert in what was a one-sided first half. 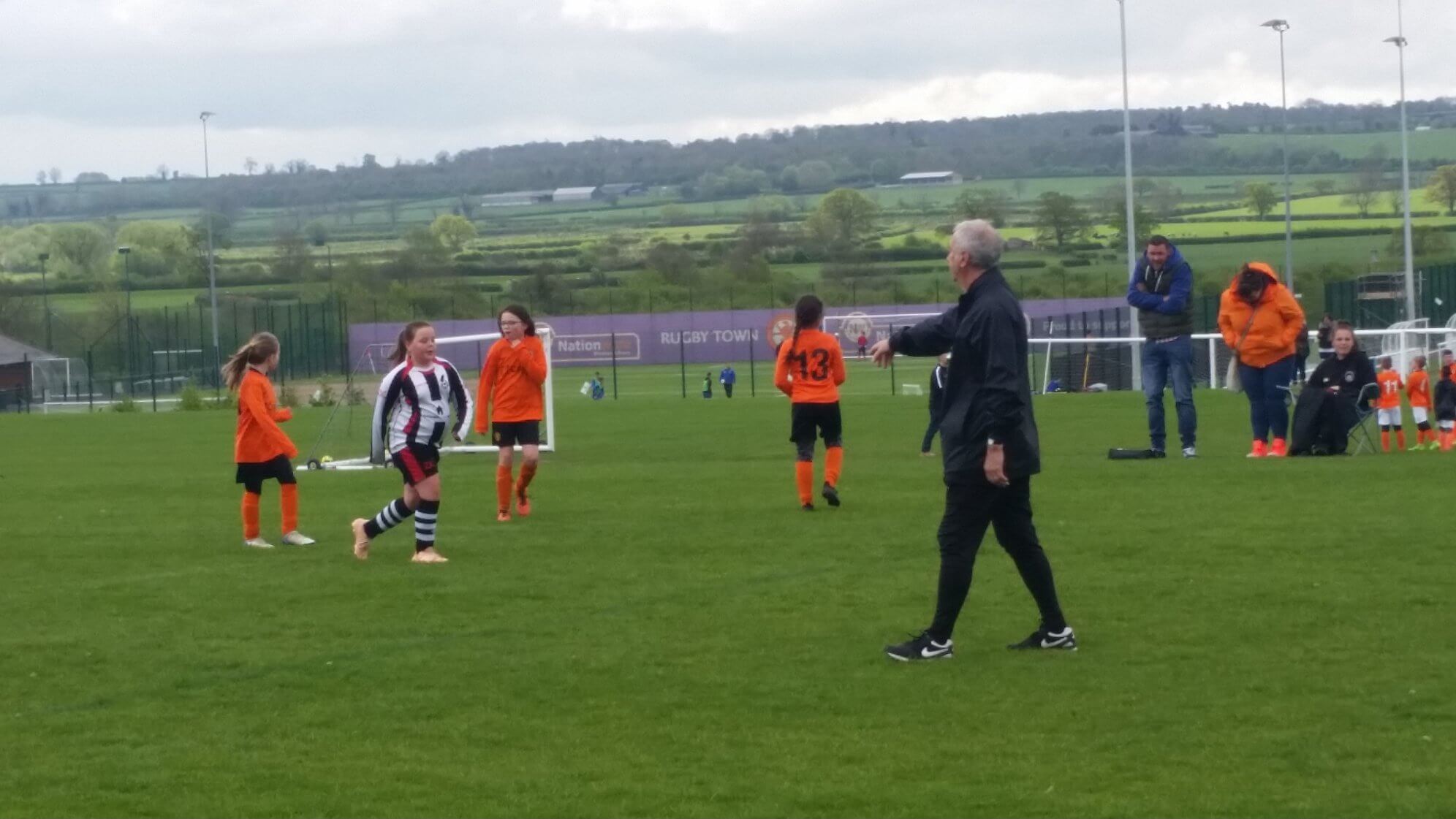 Halfway through the first half Rugby changed their entire outfield team with Lola and Poppy coming on up front and Izzy and Indie rotating into the defence. Lola injected some pace into the attack and was rewarded with a well taken goal after a positive team move whilst Poppy showed her skill on the ball whilst in possession, creating space for the other girls.

Indie made some important tackles, preventing Coalville from venturing far into the Rugby half, whilst Izzy also had the opportunity to get forward and was unlucky not to get on the scoresheet with a fantastic volley from just inside the box. The girls came in at half-time four goals to the good and hadn’t looked like conceding. 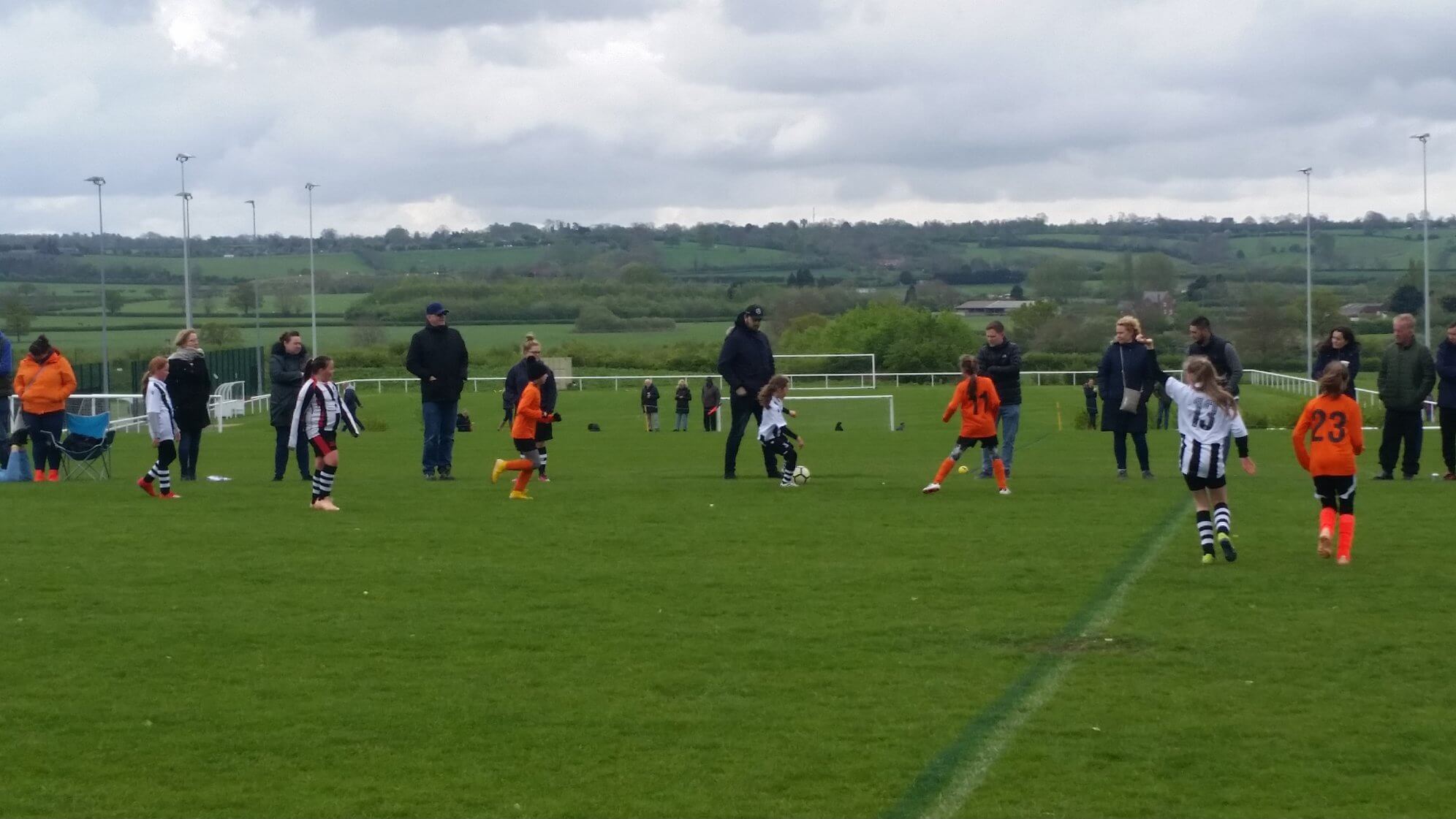 Widespread changes ensued again to ensure a new look attack in the second half, giving all the girls an opportunity to link up together and try out different partnerships. Indie bravely volunteered to go in goal for the second half and was called upon to make a couple of good saves which she handled with conviction. Katie came on to shore up the Rugby defence and showed her usual strength and commitment to put a stop to any Coalville forays into the home half, also setting up Sofia with a great through ball for Rugby’s fifth. 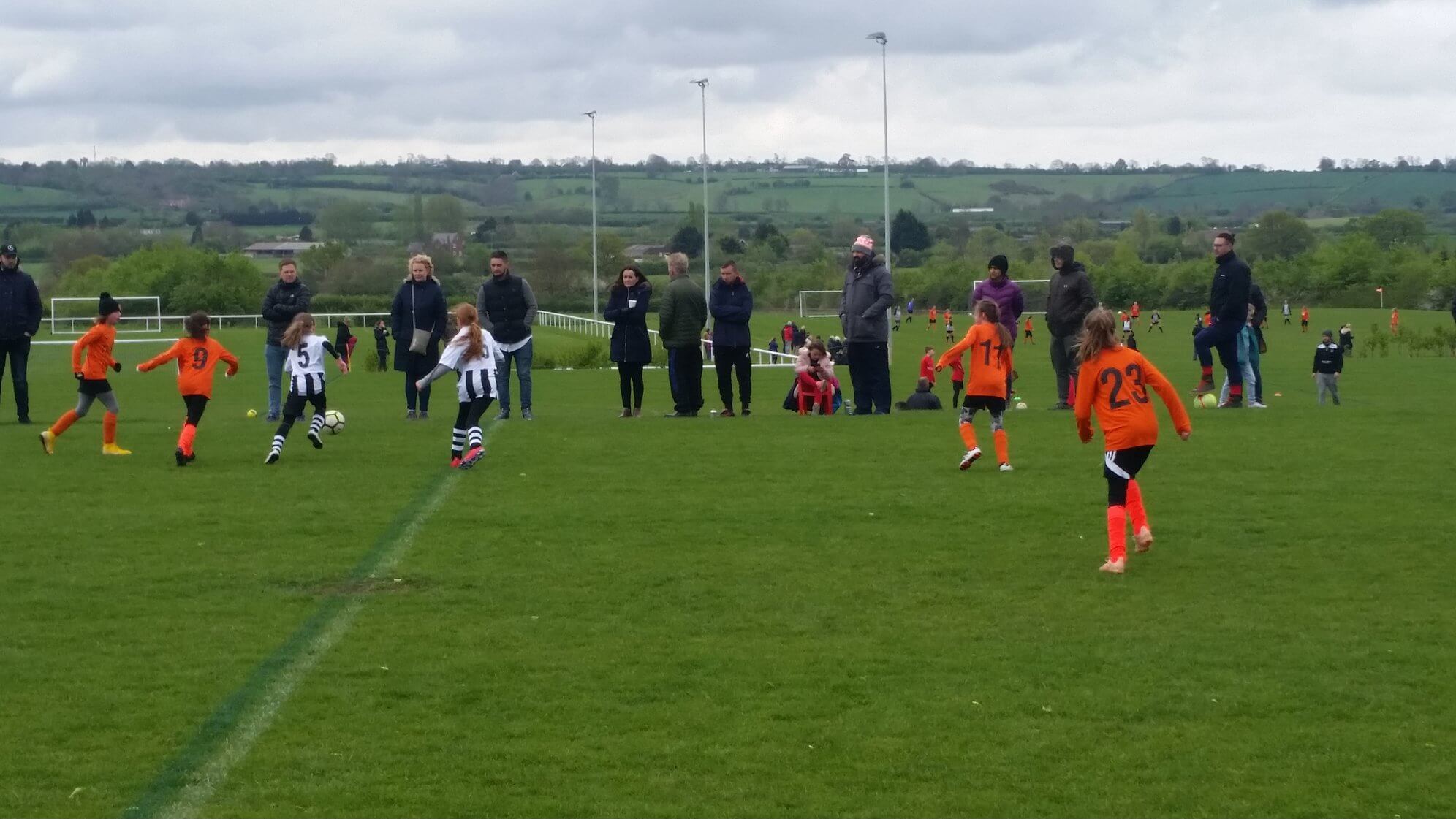 The second half saw Poppy finish off another fine team move with a ferocious finish and Aurora and Sofia both completed their hat-tricks to round off a fantastic performance. Coalville got one back from the penalty spot but every one of the Rugby girls played fantastically to give the team a commanding and well-deserved victory – they should all be extremely proud of themselves and their performance.

It was the perfect way to round off a fantastic first season together and neither the coaches nor the parents could single out a player of the match as they all deserved a trophy this week. Thank you to Des for refereeing and to all the parents for your continued support. I have to say the girls have been a privilege to coach throughout the year, they are a credit to themselves and their attitude, commitment and sportsmanship has been faultless week after week. Bring on next season as Under 10s!