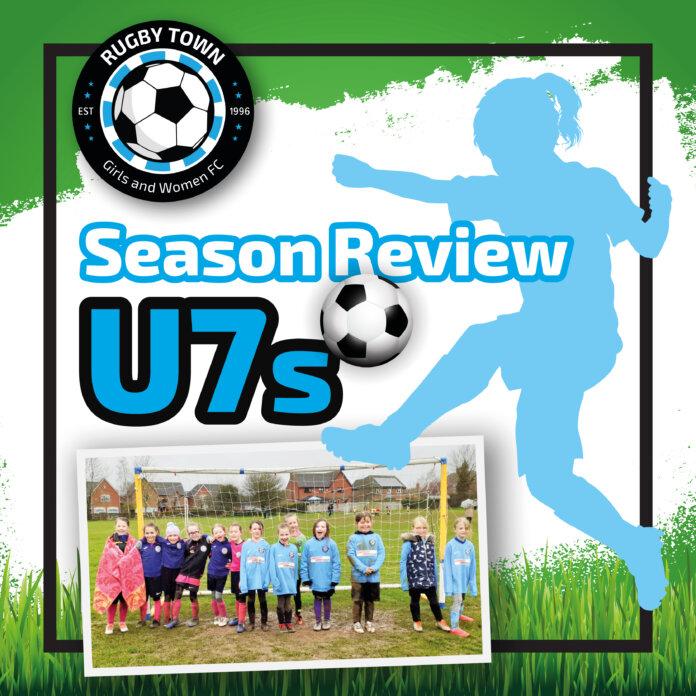 As most of you will know, we recently formed a new u7s team. We made the decision to move some of our youngest wildcats up into the u7s. The team consisted of a mix of girls in years 1 and 2.

A lot of the girls had been training together for a couple of years prior to this change. For the girls that moved up or joined the club this season as a new member this was a big step up and the current girls, this was a big change to their training sessions. Throughout the season we slowly started to change the girl’s sessions from games to more football associated sessions. This was a big change for everyone, and they all took it really well and we are very proud of them. Some of the girls had made close bonds throughout the years they have been at the club and made the new members feel very welcome. As a team they are a close unit and all he along very well. They all help each other out if and when they can.

As the season went on, we began to play less games and focused mainly on getting the girls ready to play matches towards the end of the season. We focused the sessions on passing, positions and possession. With some of the girls being older and playing for longer there was a a lot of mixed abilities but as the season progressed the abilities gradually became to level out. The commitment from the girls this season has been amazing turning up every week even in the pouring rain.

As each week went by, we could see the improvement the girls had made, and we thought it would be good to set them up with some matches as Leah and I felt this was the next step for the girls in their learning and understanding of football. For our first ever game we thought a round robin with 2 other teams would be best for the girls so they could all get the game time and experience they needed to learn and improve. On the day none of us were sure how it was going to go. With the weather not great and the pitch nice and muddy a few of the girls were a bit unsure.

With a lot of encouragement from both parents and coaches from all teams the girls got warmed up and prepared for their first ever game. Reminding the girls of what we did in training was key especially the positing part. The girls played really well together playing like a proper team. During the first match the girls used a lot of passing to get up the pitch which lead to a goal. This was nice to see as a lot of our training sessions were focused on passing, this goal gave the girls the determination to carry on with smiles on their faces in the rain.

The girls had a break between games whilst the other teams played each other, this gave us a change to swap goalkeepers and change the girl’s positions to give everyone was chance to play where they wanted to. With some very strong defending and some good saves in goal the girls managed to score another goal. As we weren’t sure what to expect we were externally proud of how hard the girls played and fought throughout every minute of each game.

Unfortunately, due to the current situation the girls weren’t able to play the rest of the matches we had planned and we weren’t able to continue working with them to improve on match day scenarios. Although the girls have been taking part in some football challenges they have been sent and have been doing extremely well with them.

We are so proud of how well the girls have improved this season and taken to the change. We are also proud of how they are still doing the skills we have taught them whilst in lockdown. We really hope to see all of the girls soon ready to get back into it and hopefully we can get some more matches for them next season. We would also like to thank all of the parents for bring the girls to training every week and standing in the cold and the rain to support their girls. Also, a big thank you to Georgina for planning and arranging the matches for the girls. This season has been very rewarding for us all at the club regarding the u7s team.